How to Find Fifteen Houses to Wholesale in 30 Minutes

Sounds like an impossible task, right? Well, maybe under normal circumstances sure, but with the help of the DealMachine, it’s completely possible to find over a dozen house to wholesale in just a half-hour.

My friend and DealMachine user Josh began our property search in the heart of Indianapolis, tracking down homes that looked a bit run down. Within minutes, Josh found a property that had clearly seen better days. Using the DealMachine app, we then went about contacting the owner to see if he or she was keen on selling.

As time progressed, we continued to find homes that we thought would make for great off-market deals. In fact, one home, in particular, looked to be a project home, which was started in 2014, that the owners might have ran out of funds for. It would make for a killer deal. Suffice to say we sent a postcard out to the property as soon as we could. Similarly, Josh and I found another project that looked to be abandon we later contacted

And when all was said and done after just 30 minutes of driving around, we had found (and contacted) fifteen wholesale homes.

Curious to see more of Josh and I’s wholesale hunt? Watch the video below and don’t forget to visit our website to start your 14-day free trial, afterwards. 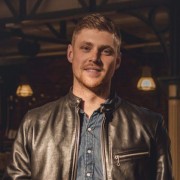